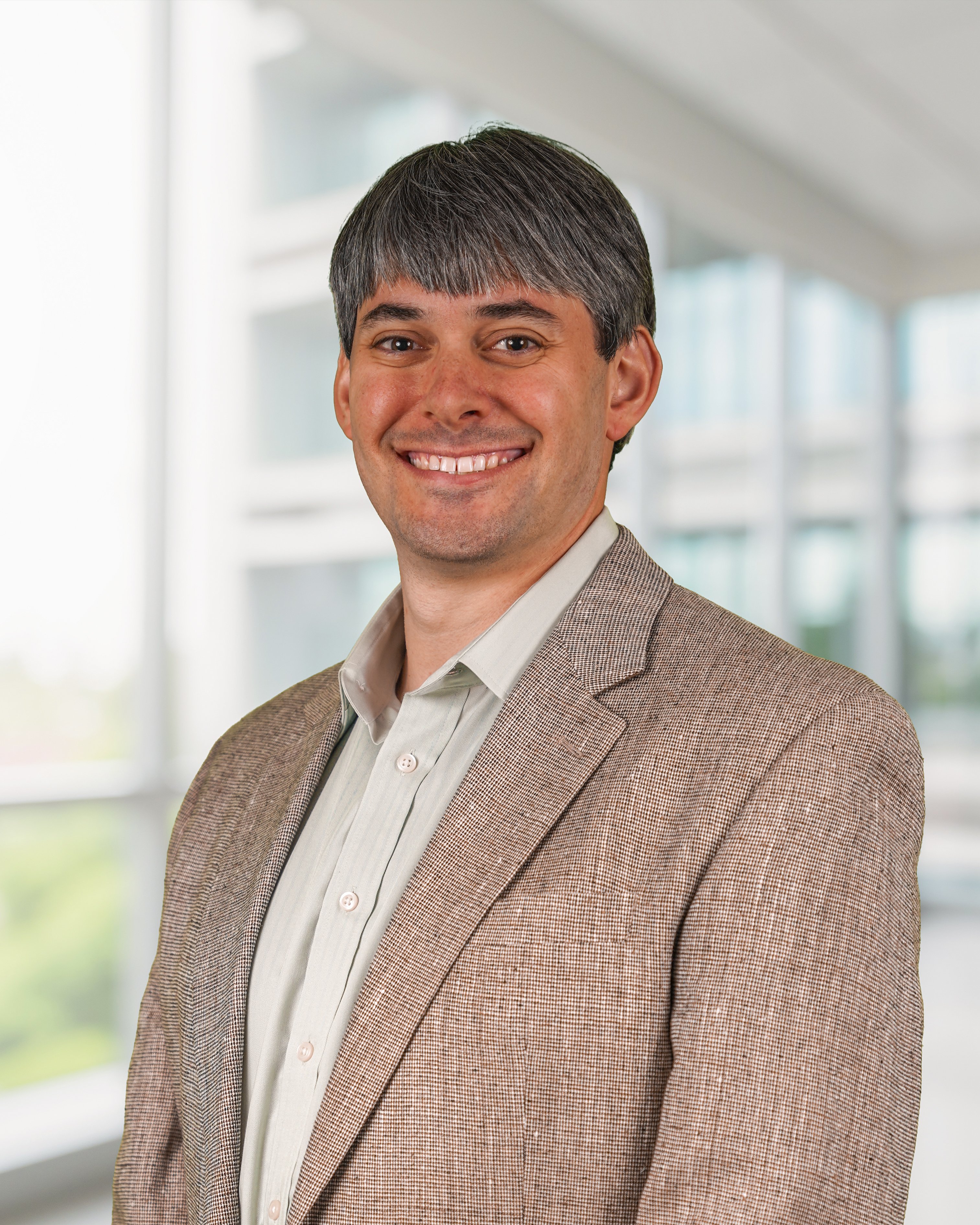 November has been a mixed bag of good and bad news. On the bright side, we’re nearing the end of hurricane season, which has been relatively mild for most of the US compared to previous years. Even with a tough hit to Florida, the impact of bad weather on rates has been minimal. Inflation is beginning to trickle down ever-so-slightly (down to 7.7%, the lowest since January), and the stock market has rejoiced accordingly.

The bad news is that a rail strike is still on the horizon, and rates continue to slide. With a historically low peak season this year, many industry analysts are concerned that the freight market may get worse before it gets better.

That said, nothing in the world of logistics is certain. The fact that we’re now seeing most of our ocean freight on the East Coast rather than the West (remember the 170 ships waiting to berth at Long Beach and Los Angeles ports in October 2021) proves how unpredictable the transportation industry is. With so many geopolitical tensions and supply chain factors in flux, the future is anything but written in stone.

Read on to get a closer look at the state of the freight market. Like what you're reading? Subscribe to our blog and get our market insights straight into your Inbox monthly.

Dry van spot rates have continued their downward trend over the last eight months, now down about 46% year-to-date. Load post volumes are down nearly 30%, while truck posts are now 6% higher than they have ever been on DAT. Historically we will not see dry van load posts increase until after Thanksgiving. The East Coast and Pacific Northwest (PNW) are two areas where rates are increasing. Imports are pushing more freight on the East Coast while produce has ramped up in the PNW. Winter storms are also causing rates to jump a bit in the PNW. We have seen four straight weeks of linehaul rates increase in the PNW. On average dry van spot rates dropped $0.07 per mile over the last month and $0.80 per mile lower year over year. 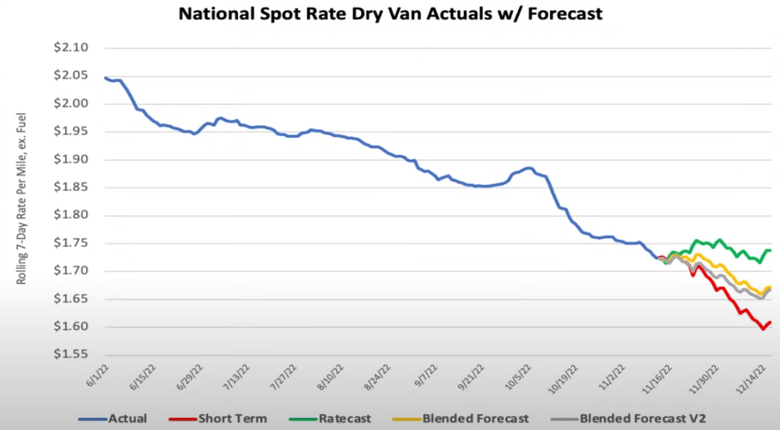 We see a lot of divergence in DAT’s forecasting model this month. Typically there’s a strong push in the dry van market leading into the holiday season. This year, however, Armstrong expects the market to stay loose, preventing rates from increasing. Therefore, we expect rates to follow the blended forecast models with a slight decrease over the next month. But throw in a severe weather front or rail strike, and there could be changes. 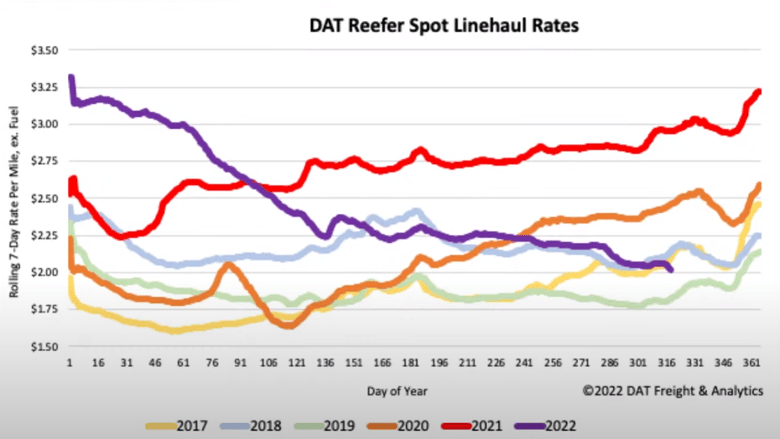 Reefer rates continue their decline after a slight increase due to seasonal freight. This year’s pre-Thanksgiving increase only lasted about two weeks and had a minimal impact on rates. Load posts have seen a minimal increase of about 2% as we head into the Thanksgiving holiday. This is about half of the increase we saw last year. Equipment postings on load boards are at an almost all-time high, only 2% lower than records on DAT. The PNW is one of the few areas in the country where reefer rates are rising due to bad weather and a produce season that’s starting to ramp up. Average reefer rates out of the PNW are now up around $0.13 per mile over the last month; this is about $0.40 per mile higher than summer rates earlier this year. Even with the increases we have seen, rates are still significantly lower than this time last year, and we expect peak rates to be around 30% lower than last year. Reefer spot rates dropped $0.02 per mile over the previous month and $0.93 per mile lower year over year. Historically we see reefer rates increase around $0.10-0.14 per mile in November as seasonal freight increases before Thanksgiving, a stark contrast to the $0.02 per mile decrease we have seen this year.

Similar to van rates, there’s a large divergence in DAT’s forecast model. Unlike dry van rates, we expect rates to level out and even have a chance at a slight increase as we head into Thanksgiving and see a push for Christmas and New Year’s freight.

Flatbed spot rates have started to drop again after a short leveling period. Flatbed load post volumes are still down more than 50% compared to last year and 16% compared to the previous month. This trend follows what happened in 2021 but at half of the levels of 2021. The only areas where the flatbed market strengthened were in the Southeast (SE), including Texas and the PNW, with rates increasing an average of 6% in the SE. Flatbed linehaul spot rates are down $0.24 per mile month over month and $0.54 per mile year over year. Flatbed rates have now dropped around $0.60 per mile since June 2022.

The model divergence continues through to flatbeds as well. Also similar to van rates, Armstrong expects rates to follow closer to the blended forecasts, with a slight decrease over the next month, less than shown in the model. Historically we see flatbed demand decrease going into the winter months.

While all 12 unions reached tentative agreements before the last negotiation deadline, only seven voted to ratify the contracts. Three of the 12 voted not to ratify, and the two largest unions will not decide until November 21, 2022. This means that we are currently in a cooling period until December 4, 2022, when the unions can strike.

Diesel prices have again increased as shortage fears have begun to spread. The US is down to a 25-day supply of diesel, but it does not mean that the US will run out of diesel in 25 days. The current levels are only about 15% lower than last year. The three main causes for the decrease in diesel supply are Russia’s war on Ukraine, refinery shutdowns due to Covid-19, and a Philadelphia refinery fire back in 2019 that used to produce one million barrels per day. Diesel refineries are behind on catching up with the demand the US has had over the last two years. It takes a long time for refineries to increase output, but they expect output to increase over the next few months.