The Most Unusual Claims Armstrong Has Resolved

Freight shipments typically involve long stretches of highway and, ideally, an uneventful drive. However, at times, the process isn't quite so smooth. As a third-party logistics company that's been around for nearly 20 years, we've seen some interesting claims situations in our time. While these circumstances are rare, you'd be amazed to hear the stories claims professionals can share about transportation gone wrong.

Read on to learn more about some of Armstrong’s most interesting claims situations.

Put out an APB for a stolen load of pork in 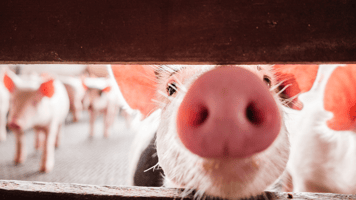 Florida. The unsuspecting driver pulled into a truck stop due to a mechanical issue. After parking at the repair shop, he left his vehicle to go inside and talk to the mechanic. These were some speedy criminals; the truck and pork were gone three minutes later.

The truck was located 24 hours later, stripped of its valuables, but with no sign of the trailer. Ironically, the thieves missed the handgun the driver kept in the glove box for protection. Alas, the pork was gone and never recovered.

The Most Epic New Year's Party 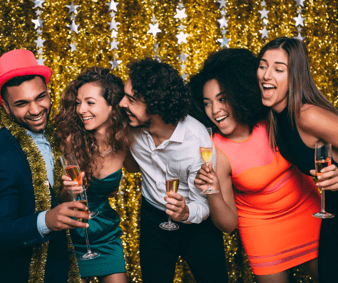 A crafty thief posing as one of Armstrong’s carriers booked a load with us using falsified documents. The imposters were awarded the shipment and arrived to pick up the cargo, never to be seen again. They may have gotten more (or less) than they bargained for when they opened the trailer and found it filled with New Year’s Eve decorations!

Advances in technology and carrier monitoring throughout the industry have made it more difficult for criminals to take advantage and pose as legitimate carriers. Armstrong has partnered with MyCarrierPackets (MCP) to vet and monitor all carriers, making it much more difficult for scammers to fall through the cracks. 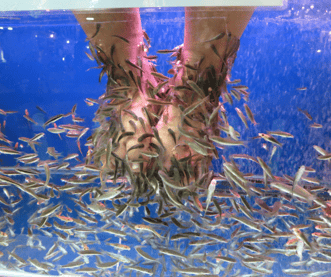 Did you know live fish are regularly transported? In order to make the trip, fish are often stored in unsealed containers with oxygen tanks onboard that continuously bubble air into the tanks. The stress of crowding and handling increases oxygen consumption in the fish, making it essential to have plenty of tanks for the trip. While transporting live fish can be expensive and tricky, it’s something that Armstrong can do for our customers.

We had one load of live fish being transported to sell at a market in California. While in transit, the driver broke down. Unfortunately, there was only enough oxygen onboard for the duration of the planned trip. While the truck was being repaired, the carrier was able to purchase additional oxygen tanks to keep his fish friends swimming. Ultimately, only about 50% of the fish made it out okay. The rest became a claim covered by the carrier’s cargo insurance.

The One with the Happy Ending

A thief (or a ring of thieves) set themselves up for the long con. Posing as a carrier, these con artists purchased a motor carrier number and rented office space to make it appear they were running a legitimate business. They then booked a load of paper goods with Armstrong. They immediately demanded payment upfront (not standard practice) and began adding storage charges for every day the freight was on the truck. The carrier never delivered the load; instead, they held it in a warehouse. Ultimately, the shipment was reported stolen, and the customer filed a claim.

A few months later, out of the blue, a man called Armstrong swearing that he was in no way connected to the carrier that picked up our shipment. He alerted the claims team that the load was safely in his warehouse and we could come to pick it up! A truck was sent in, the freight was returned, and the customer was extremely thankful.

Superior Service with a Personal Touch

Have freight to move? Armstrong can help with that! While we do our best to avoid costly claims situations, damage and theft are an inevitable part of logistics. Fortunately, our dedicated team of claims representatives and legal counsel are here to navigate the claims process for our clients.

Our back-office support is second to none. Request a quote today and get paired with an experienced logistics professional devoted to your business's success.

With over 20 years of experience, Stephanie handles the intake and administration of cargo claims while also resolving emergencies such as hostage loads. As Armstrong's Claims Manager, Stephanie is also responsible for streamlining the department and fostering transparency in the claims process.